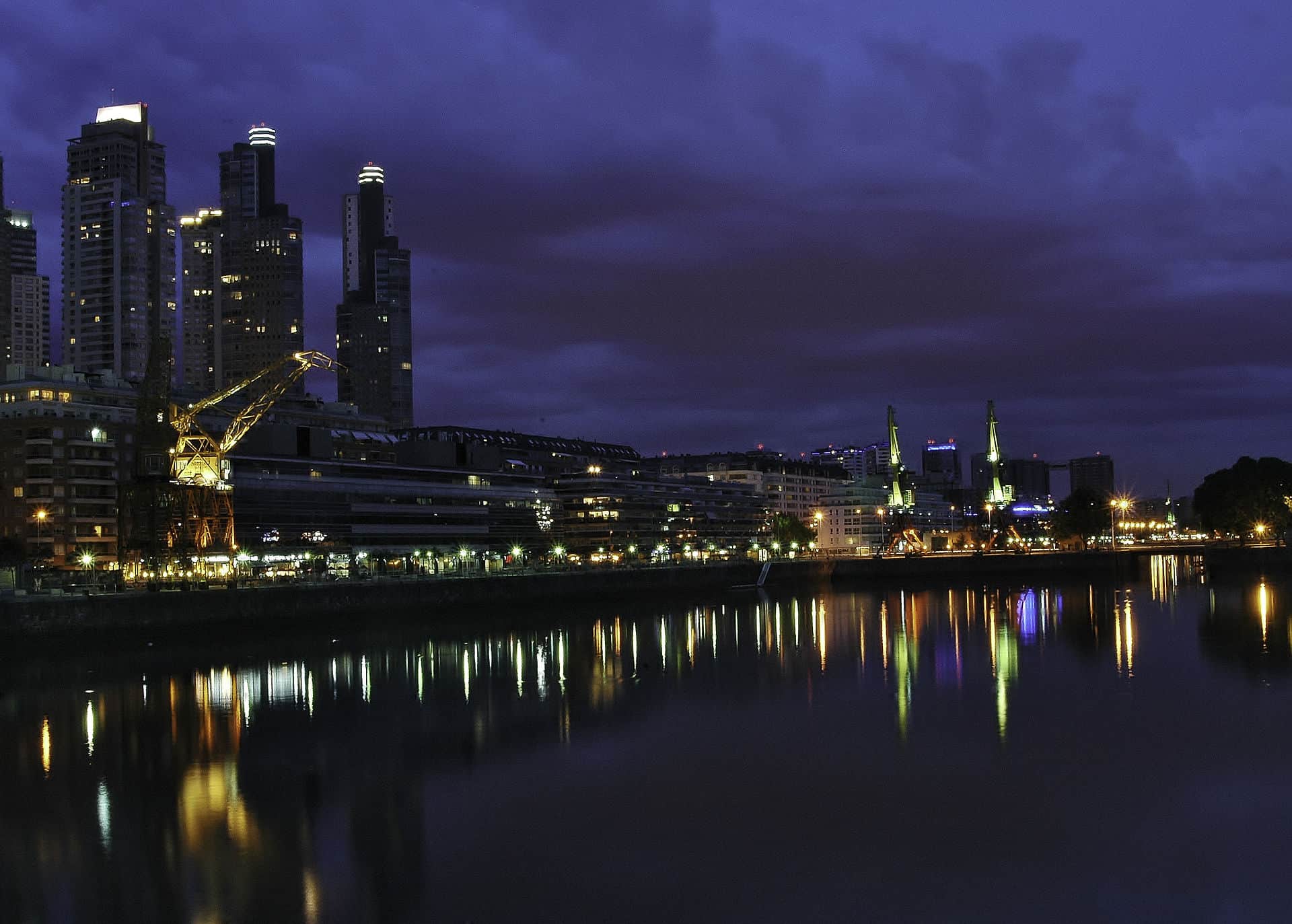 The extraordinary architectural beauty of Puerto Madero we know today, has not always been the same. It was in 1887 when the engineer Eduardo Madero designed this port to which it gave its name.

The old Puerto Madero only worked about 20 years and after its decay was remodeled and restructured during the 90s. The various sheds and buildings that existed at the time were transformed into hotels, restaurants and offices that make up the current image of Puerto Madero.

What to do in Puerto Madero?

For anyone who has only seen the beautiful pictures of Puerto Madero and first arrive to Buenos Aires we have prepared this short guide to tell and share with you what you can visit in Puerto Madero.

Below we describe the main attractions of Puerto Madero:

1-Women Bridge (Puente de la Mujer): One of the newest monuments located in Puerto Madero. Designed by the Spanish architect Santiago Calatrava, the “Puente de la Mujer”, stands by the river with its bright white color. The painting depicts a couple dancing tango is a symbol of modernism and the city of Buenos Aires.

Bridge woman has two functions: it is a pedestrian bridge of 170 meters long and through a rotating mechanism allows the passage of ships through there.

2 – Nereids Fountain (Fuente de las Nereidas): represents the Argentinian woman. It is represented the Greek/Roman goddess Venus surrounded by Tritons and Nereids . The work has great artistic value and her author was the Argentinian sculptor Lola Mora. It is considered the finest fountain of Buenos Aires.

The fountain was opened in 1903 but was heavily criticized because of its message critique of machismo and liberation of women of that time. For all these reasons it was moved from one place to another several times to its current destination.

3 – Tango Monument: With a height of over 3 meters and weighing 2 tons, this artwork on steel leaves totally surprised visitors of Buenos Aires which try not to lose the opportunity to take a souvenir photo of Monumento al Tango.

The authorship of the Monument to Tango is for the artists Alejandro Coria and Estela Trebino that after winning the competition for the realization, inaugurated in 2007, to further beautify the city of Buenos Aires.

After almost 40 trips around the world became Sarmiento Frigate Ship Museum once definitely tied to the dock 3 of Puerto Madero.

IF YOU ARE LOOKING FOR A PLACE TO STAY NEAR PUERTO MADERO, THE 06 CENTRAL HOSTEL IS YOUR BEST CHOICE FOR YOU! CONTACT US THROUGH THE FORM BELOW AND ASK FOR PROMOTIONS!