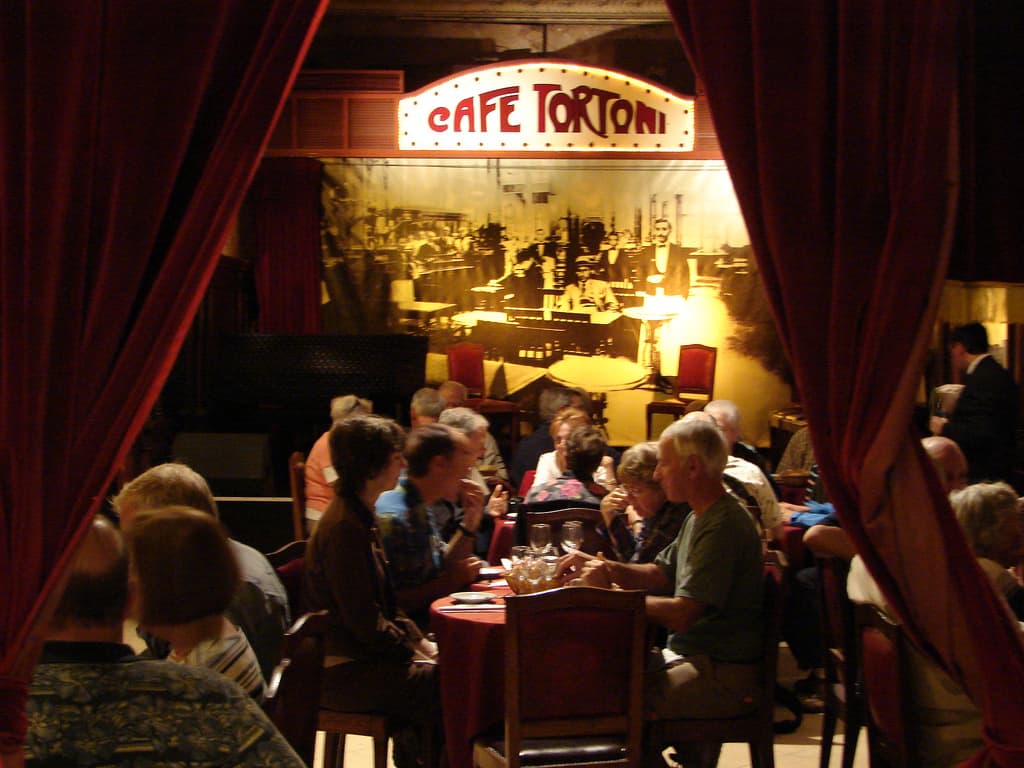 The 06 Central Hostel Buenos Aires invites you to know the historic cafés of Buenos Aires!

The history of Buenos Aires can still be felt in the cafes of the city. These old cafes, today remodeled, are part of the daily lives of people but are also a great attraction for those traveling to Buenos Aires with low budget.

A century ago the waiters in the bars they used to dress like gentlemen wealthy Parisians. Today, cuffs and starched collars are fast disappearing from the scene in Buenos Aires’ Cafes. But not in the Las Violetas!

In business since 1884, this classic old time has stood firm in the face of changing times. The table service courteous waiters smartly dressed, high ceilings and vitreaus add to the timeless atmosphere of Las Violetas.

Opened in 1890, was originally called Bar Rivadavia and this was the meeting point for poets and young thugs in the area, police ironically called “the little angels” (in Spanish: Los Angelitos)

The café was named “Little Angels” in 1930 and recently reopened after a few years of reforms. It was worth waiting: the tea room is wonderful! There is also a huge space for tango shows!

The corner of San Juan and Boedo is part of the history of tango in Buenos Aires. This bar was opened in 1927 and hosted a lot of celebrities, as the writer Homero Manzi, among others.

Visitors can find pictures and memories that evoke Manzi with a little nostalgia. At night, the cafe space became a tango show.

It is a cafe in Buenos Aires mythical opened in 1858 inspired by the famous café on the Boulevard Italy in Paris. It was a meeting place for politicians, journalists and poets. The spaces are large with marble tables, art deco ceilings.

Cafe Tortoni is so well known by tourists that sometimes you have to stand outside waiting to get a free table. Cafe Tortoni is a must! Specialties: chocolate con churros, beaten (ice cream).

The 06 Central Hostel Buenos Aires invites you to know the history of cafés of Buenos Aires!